Dr. Jen Gommerman received her PhD from the University of Toronto’s Department of Immunology under the supervision of Dr. Stuart Berger. Today, she is both a principal investigator,with her lab championing research in the field of multiple sclerosis and autoimmune disease, and the current associate chair of graduate studies for the Department of Immunology. We sat down with Dr. Gommerman to discuss her experiences and opinions of science communication.

Few introductions in the Department of Immunology begin without the classic prompt, “Tell me about your research”. This one was no different. After a brief yet exciting discussion of Dr. Gommerman’s research, touching on topics from the tumor necrosis factor superfamily to brain-resident microglia, she joked, “I guess I just violated every tip related to communicating science. You should be able to do this in an elevator ride and it should be super simple”. The science we do is complicated and talking about it is equally as challenging. As both a principal investigator and a professor, Dr. Gommerman exemplifies the skills which support successful and accurate scientific communication, including a strong scientific background, research and writing experience, alongside her skills acquired from managing her lab. These abilities all come into play while teaching courses ranging from the introductory undergraduate level to more specialized upper year and graduate courses, a challenge compounded by a spread of students’ knowledge and understanding of immunology.

It’s easy to forget that as soon as we leave the lab, not everyone has an equal understanding of the work we do or the topics we study. Science communication is an umbrella term describing the dialogue involved in bridging information about science and research to individuals of the public and of various educational backgrounds. Dr. Gommerman describes the importance of science communication as two-fold: one aspect is the promotion of critical and evidence-based thinking, the second is science advocacy to garner public support. The former is meant to foster the ability to think critically and make decisions in an evidence-based manner which reinforces the ability to be resilient to trends or fads that don’t hold up to the evidence. “An informed society is a better society,” she explains. “So, if you have a society that is data– and science-literate, you’ll have a higher chance of having a society that behaves in an evidence-based manner”.

The second and increasingly important role of science communication, Dr. Gommerman describes, is to ensure that scientific research is maintained as a priority for government funding. Government organizations including the Canadian Institutes of Health Research (CIHR) and National Institutes of Health (NIH) are major sources of research funding; however, funding is becoming increasingly challenging to access. “If the public doesn’t support science, science is not going to get done. Our government pays for science in the form of government-funded research grants and because governments get voted in by people, if people don’t see the importance of science then governments are not going to feel compelled to spend that money”, notes Dr. Gommerman. Following the announcement of the federal budget cuts earlier this year, it is likely that competition for research funding will only increase in the imminent future, or until the federal government makes fundamental research a priority. In other words – go vote!

Today, science communication is possible across an increasingly large number of platforms. Dr. Gommerman herself is an active Twitter user, and she acknowledges the benefits of the news media and social media in communicating science to the public. She uses Twitter to inform followers and potential collaborators of the research she is doing and observes other scientists doing the same. She recognizes that the media is a great way to take the “biggest and flashiest” new results to the public; however, not all of our results are big nor flashy. While many scientists have been able to successfully share their work and findings through the use of different media, any benefits from this must be seen in light of their limitations; “Media isn’t such a great way to portray the incremental forward movement of science. That’s really the big splashes, the once in a career events that show up there. They’re not as good at covering the steady results stream that scientists put forward”. Scientific research and discovery occur at a seemingly slow pace despite the work that goes into day-to-day experimentation and inquiry. Sharing the process of research and the efforts that go into it should provide a better understanding of the factors contributing to the rate at which it occurs.

Besides being a principal investigator and professor, Dr. Gommerman discussed the myriad of other professions in which science communication is either the goal or plays a significant role. Complex layers of communication occur between scientists, scientists and the public, the public and the government, and scientists and the government. Scientific and medical writing can occur at many of these levels and can encompass writing to lay audiences, editing scientific articles, and even research project management. For individuals interested in research advocacy by communicating between the public and the government, a profession as a lobbyist may be of interest. “You’re trying to teach people in the government that science is important to do and therefore they should spend money on it.” Additionally, scientists may wish to get involved with various agencies that engage in scientific discussion with various audiences, such as the Canadian Institutes of Health Information. This group aims to provide and interpret data with the goals of implementing new changes and standards for the Canadian health care system. 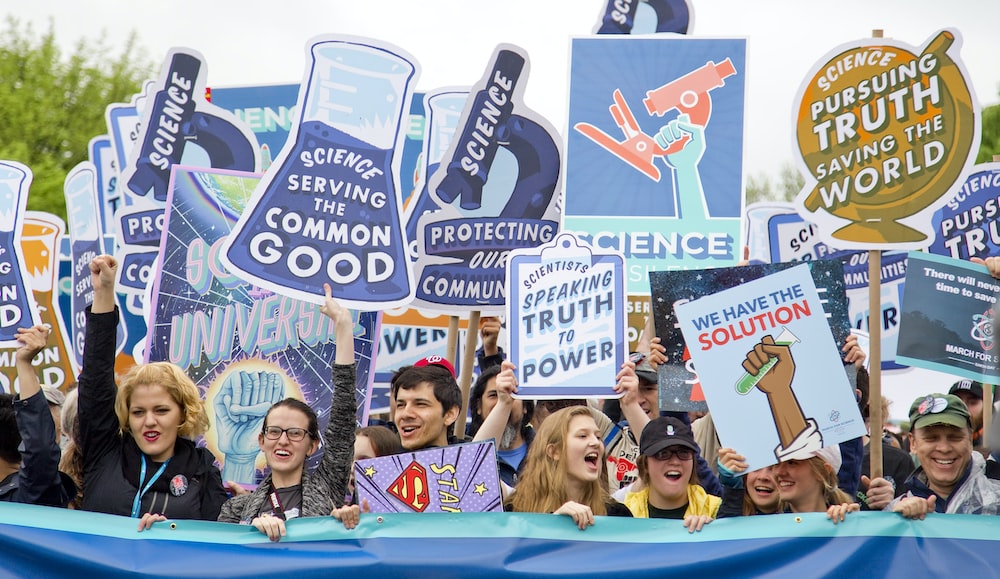 Given her involvement in the Department of Immunology at both the graduate and undergraduate level, Dr. Gommerman sees many of the initiatives that allow students to get involved in science communication. “The Department does some great things to do that,” she says. “They have IMMpress, which is generally scientists talking to scientists, and then they do the outreach activities like Let’s Talk Science and school activities that are really awesome”. One event to note is IMMspire, founded by graduate students in a collaborative effort between the Department and Let’s Talk Science, which showcases research and inspires young immunologists. A second and similar initiative is SciChat, also founded by graduate students in the Department of Immunology. Volunteers with SciChat regularly visit libraries and community centers to present on various immunology-related topics in order to promote science literacy and make the research in immunology and health-related fields more accessible.

To end our interview, we asked Dr. Gommerman for some advice for students when communicating science. Her response: practice! “When you’re at a gathering with your family and friends and talking about your studies or your research, ask them if they understood what you said, because it’s hard to put yourself in their shoes. Sometimes I’ll be talking to someone about science and there will be something that I said in the first 30 seconds that they didn’t understand, and that will influence their ability to grasp the rest of what I said. Then I’ll realise I did a poor job of communicating my science to them.” Additionally, establishing a culture within the lab and the classroom that ensures everyone is up to speed with the topics being discussed can encourage clear and effective science communication and also highlight when it is not. “In my lab, we have a lot of different projects, not everyone works on neuroinflammation. If someone is working on microglia and we have someone new in the lab, I can stop them and have them explain what microglia do for the benefit of others in the lab, and also to encourage people to ask questions when they don’t understand. Maybe someone is making no sense, but everyone is pretending they understand because they don’t want to feel stupid asking a question. So if I ask that so-called stupid question, then everyone knows, hey, it’s okay to do that, and I think creating that culture is really important.”