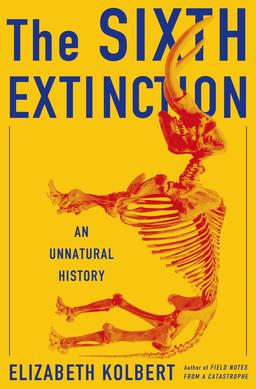 In her book “The Sixth Extinction: An Unnatural History,” Elizabeth Kolbert, a science writer for The New Yorker, studies the relationship between human beings and the environment. In eloquent prose, she notes the direct impact of civilization on the environment, deriving examples from biodiverse regions such as the Great Barrier Reef, the Amazon rainforest, and the Andes. She uses this evidence to conclude that humanity is on the verge of eliminating 20-50% of all living species on earth within this century, thereby causing a sixth mass-extinction. For reference, the last extinction took place at the end of the Cretaceous period 66 million years ago, following the impact of an asteroid into what is now known as Chicxulub in Mexico, and resulted in the elimination of the dinosaurs.

Kolbert starts her book by describing extinction – a concept first described in the early 19th century by Georges Cuvier, who proposed that there are species that were alive thousands of years ago but are no longer alive today. Cuvier described extinction as being a slow, gradual, and random process that could likely not be seen within a human lifetime. For many years after Cuvier, scientists had not yet grasped the concept that human beings could influence the environment and result in the extinction of certain species.

In contrast to this original understanding of extinction, Kolbert emphasizes that we currently live in the Anthropocene period of planetary history – an epoch defined by the extinction or near extinction of several species as a result of human-caused environmental changes. In each chapter, Kolbert details her travels to many regions of the world where she meets with field researchers and investigates several species that have seen a drastic decline and/or are extinct as a result of environmental changes caused by human activity, including overhunting, ocean acidification, and deforestation.

One interesting factor in the sixth mass extinction that Kolbert describes is human travel. For millions of years, different species were confined to different ecosystems with delicate equilibria. However, modern travel has changed that and resulted in several species moving to new ecosystems and modifying the pre-established environmental equilibrium. When these invasive species dominate a new habitat, there is an irrevocable changing of this habitat that, in the long run, reduces diversity. The concept of global species travel is described as “turning back the clock” to the prehistoric time of Pangaea, where there were no natural barriers preventing species relocation. It may seem that the short-term impact of species invasion is added local diversity to an ecosystem, but in the long-run, biodiversity often decreases due to the dominance of the invasive species.

“If we look far enough ahead, the eventual state of the biological world will become not more complex, but simpler— and poorer.” – Charles Elton, 1958.

Kolbert is not the first to describe the sixth extinction, also termed the Holocene extinction or the Anthropocene extinction for more recent times. In their 1995 book, “The Sixth Extinction: Patterns of Life and the Future of Humankind,” scientists Richard Leakey and Roger Lewin detail how humans are responsible for the drastic reduction in both plant and animal species on Earth, potentially resulting in a sixth mass extinction. Additionally, Google Scholar searches on the “Holocene extinction” bring up several books and primary journal articles detailing the loss of various species across the globe. However, not all scientists agree that we are currently in a sixth mass extinction. Smithsonian paleontologist Doug Erwin states that, while he does not doubt that human actions have caused great damage to marine and terrestrial ecosystems, we have not yet reached the amount of loss required to denote a mass extinction. Erwin believes that if we were truly in the midst of a sixth mass extinction, there would be no benefit in species conservation efforts as they would not be able to combat the effects of a mass extinction.

Despite the existing controversies regarding the sixth mass extinction, the majority of scientists do agree that human-caused environmental changes are negatively influencing several ecosystems and that conservation efforts are important in preserving endangered species, something emphasized by Kolbert in her novel.

“That story [about the conservation of a Hawaiian crow species] seemed to bring together all these qualities of being human that in some sense are really the subject of the book. It’s about people’s amazing resourcefulness and concern, about people making more and more heroic efforts to try to save pieces of the natural world.” – Elizabeth Kolbert, 2014.

For readers with limited experience in environmental science, Kolbert’s lucid writing style provides significant and thought-provoking insights into this field. She presents several complicated topics in environmental biology in a simple way, making her book accessible to audiences of many different scientific or non-scientific backgrounds. Her final thoughts and positive outlook on species conservation efforts would likely be of particular interest to young adults hoping to combat human-caused environmental changes. Ultimately, Kolbert’s novel emphasizes the fact that although we caused the endangering of several animals, we now nevertheless must work together to protect the environment and create a more sustainable world.

Baweleta is a Ph.D. student at the University of Toronto in the Department of Immunology. She is currently under the supervision of Dr. Jennifer Gommerman and researching how maternal mucosal immunity influences autoimmune diseases. Apart from research, Baweleta enjoys hiking, attending musicals, and engaging in scientific outreach events for the general public. 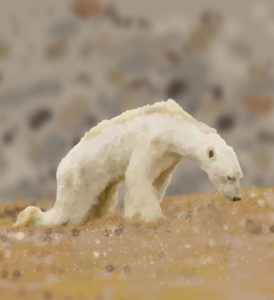