Women have made significant academic strides in the past few decades, evident in the climb of female doctorates from 11% to 40% in 1970 and 2010, respectively. The retention of women in academia, however, is not similarly observed, even in countries that appear to emphasize gender parity. The percentage of women in academic positions drops most notably during the postdoc-to-faculty transition: in a typical open faculty search in biology, women constitute 45% of postdoctoral positions but only 25% of assistant professor applicants, resulting in disproportionately fewer women in high-ranking academic positions. These numbers are reflected at the University of Toronto, where women account for 27% of all full professors. Reasons underlying this reduction are multi-faceted, and contributing factors are attributed to field-specific culture, the structure of academic recruitment, and the attribution of scientific credit.

In 2015, Dr. Sarah-Jane Leslie and her colleagues at Princeton University hypothesized in Science that internal biases within disciplines contribute to the notable sex disparity in specific STEM fields. The study suggests that fields that value raw aptitude above acquired experience have the largest sex disparity. Competing hypotheses—i.e., the ability to work demanding hours, withstand competition, and an emphasis on logical reasoning in the workplace—were unable to predict women’s representation. Although the data do not reveal the necessity of innate brilliance for academic success, it suggests that a field’s culture may discourage participation among members who are stereotyped to lack innate talent. 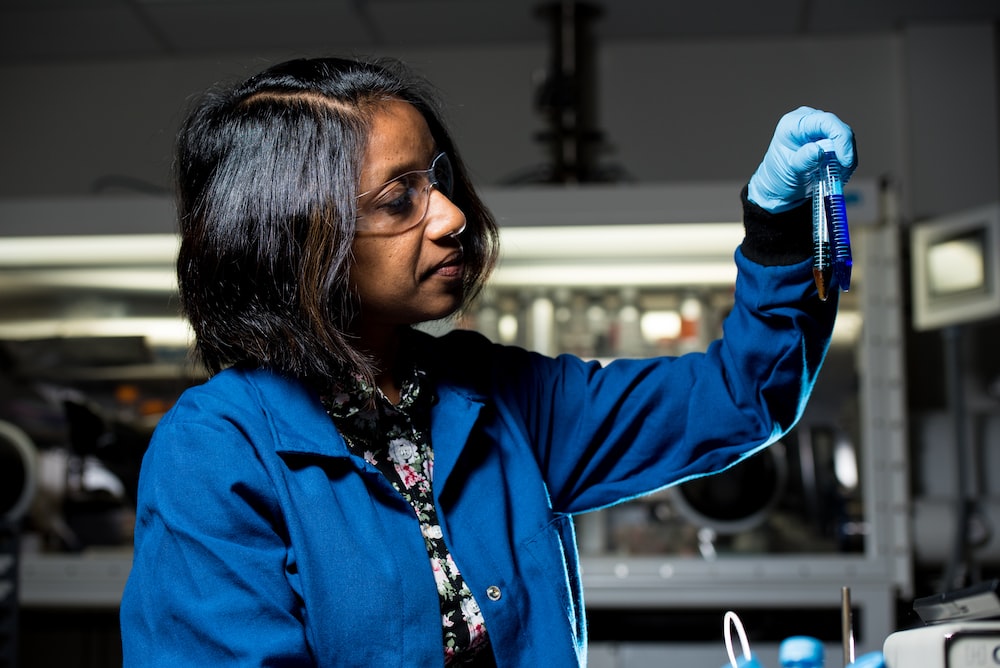 To study this disparity with greater resolution, a 2018 study carried out at Yale University by Dr. Marc Lerchenmueller and Dr. Olav Sorenson in Research Policy examined the reasoning and extent to which early career transitions have led to the underrepresentation of women among faculty in the life sciences. Using data available from the National Institutes of Health (NIH) funding history, they followed the careers of 6,336 scientists from their post-doctoral fellowship to their establishment as a principal investigator (PI) on an R01 grant, the career stage during which the percentage of women academics drops most noticeably. Women were found to become PIs at a 20% lower rate than men. In an attempt to explain this gap, a considerable body of existing literature documents that women produce less measurable output than men. However, these differences in productivity—e.g., journal impact factor or overall publication record—may be attributed to factors such as insufficient mentoring, discrimination, or time lost during childcare, as it is difficult to determine whether these differences are a cause or consequence of the observed imbalance. Still, differences in productivity could only account for 60% of the disparity. The study further reported that hiring and promotion committees prefer men over women despite equivalent research records, and this bias accounted for 20% of the sex disparity during the post-doctoral to PI transition. Moreover, co-authorship benefited men more than women with respect to the likelihood of being promoted to tenure in specific fields, and this disparity was largest for mixed-sex co-authorships. Similar findings were echoed by a 2019 Nature Human Behaviour study that found committees with greater implicit biases (i.e., the association of scientific prowess with men) promote fewer women when they do not believe a sex bias exists. In sum, readers may perceive the male co-authors to have contributed more to the research than female colleagues in mixed-sex research groups, women receive less in return for the same productivity, and the dismissal of the presence of these implicit biases further re-enforce them.

Given this information, the case for increased diversity—especially in senior academic positions that determine the success of trainees and junior faculty—may be able to reduce this disparity. Aside from addressing personal biases, interacting with those who are different than oneself will force a research group to anticipate different viewpoints, better prepare for obstacles, and exert greater effort to reach consensus. This hypothesis is supported by a 2013 study that examined the ethnic identity of American-based authors in 2.5 million scientific papers. Greater homophily was found to be associated with publication in lower-impact journals and fewer citations when compared to co-authors of multiple ethnic backgrounds and countries of origin. The addition of women and minorities in research settings inadvertently includes traits gained from diverse academic experiences and styles of thinking that enhance productivity, innovation, and synergy. There exists, therefore, an argument for increased diversity to introduce novel, analytical ways of thinking to improve scientific rigor.

To support the retention of women in academia, causes have been mobilized at every level. At the trainee stage, federal funding agencies and philanthropic organizations have founded programs that seek to promote diversity. An example of the required structural changes was exemplified by the NIH, who generated T32 predoctoral training grants that are awarded to underrepresented groups in biomedical research at all stages of the academic ladder. A Canadian example was initiated by the Honourable Kirsty Duncan, the Minister of Science and Sport, upon the launch of Dimensions: Equity, Diversity and Inclusion Canada pilot in May 2019. The program brings new grants and a charter designed to improve equal access, treatment, and recognition in research, and is supported by CIHR, NSERC, and SSHRC.

In addition to these funding initiatives, aspiring scientists require suitable role models and mentors to succeed. There have been various efforts to showcase women as role models in science. On International Women’s Day 2018, Frontiers interviewed four of their female Field Chief Editors—each a top researcher in her field—about how their inspirations directed their careers into science and research. The women cited several scientific female role models, including Rosalind Franklin and Rita Levi-Montalcini, as well as mothers and teachers who guided their perseverance and passion for science. Efforts are also being made locally in Toronto, where the Sunnybrook Research Institute (SRI) has featured Dr. Michele Anderson and Dr. Miho Tanaka from the Department of Immunology in their 2018 print of SRI Magazine as they reflect upon their careers as women in science. Both discuss the significance of observing women in positions of leadership, how inspiration is necessary for directing female trainees and offered advice for aspiring scientists.

Considerable efforts have also been made to feature female scientists at career-building activities like conferences or networking events, an effort to offset the sex imbalance that is attributed to the disproportionate burden of family responsibilities upon women. 500 Women Scientists (5WS) aims to make science inclusive and accessible by providing woman trainees with resources. To increase the representation of women on conference panels and in science journalism, 5WS launched a Request a Woman Scientist database for women in STEM that reaches over six thousand women in over 100 countries.

Although a diverse workforce is a commendable first step towards innovation, an inclusive environment is necessary for concrete change. The necessity of an inclusive, supportive work environment is reflected in the conclusions of Google’s Project Aristotle, which was launched to identify the necessary components for a successful team. Psychological safety, defined as one’s willingness to take risks or voice opinions without ridicule from fellow teammates, was the number one predictor of a successful team, having outranked democratic decision–making and the individual performances of team members. Thus, the freedom to question and express individual opinions by all members of the team should be emphasized in scientific laboratories. Akiko Iwasaki, author of Why we need to increase diversity in the immunology research community and former PhD graduate student from the Department of Immunology at University of Toronto, comments on these findings by realizing that people do not all start from equal footing. Equity is an active process, she states, and small differences in opportunity, mentorship, and workplace attitudes will accumulate to differences in award outcome and career promotions. Thus, collective efforts that extend beyond faculty jurisdiction and contribute to workplace inclusion will be necessary to generate equal opportunities in science. Vernā Myers, an inclusion strategist and social commentator, succinctly summarizes the culture of an inclusive environment: “Diversity is being invited to the party; inclusion is being asked to dance”.

The Life, Death and Afterlife of Lab Hustle

Accessible Healthcare in a Capitalist World